A week may be a long time in politics, but for the payments industry, it’s moved at lightning speed. In the last seven days, we’ve seen around four years’ worth of disruption and innovation taking shape. In late 2019, the British Retail Consortium said debit cards remained the most popular payment method and that plastic card spending accounts for almost 80% of retail sales. And now, since the UK has moved into a period of “lockdown” in response to the Coronavirus outbreak, research from Link, the ATM Network, has shown that cash usage has declined by 50%. In spite of the rapid decline of cash usage, there are currently 33 million merchants who cannot accept card payments. As consumers make up nearly nine in ten of all payments in the UK, businesses must now move quickly to be able to take payments by card (ideally contactless), rather than cash.

Beyond simple cash availability, as people are less inclined to leave their homes to use a cash machine because of health concerns, there are other issues with cash usage. Concerns have been expressed around handling cash and its usage, with The World Health Organisation advising that “when possible it’s a good idea to use contactless payments”. Further concerns were raised in the media last week that cash could be a form of transmission of the disease, with medical professionals like Dr. Aragona Giuseppe of Prescription Doctor quoted as saying that “money holds a whole host of germs, and so it’s more important than ever right now to try and curb your habit of using physical money, whether it’s notes or coins”. Relatedly, Kenya’s biggest telecoms operator, Safaricom, recently announced it will waive transaction costs on mobile money transfers under 1,000 shillings ($10) as a direct response to government advice that cashless payments can curb the spread of the coronavirus.

So the race is on to help businesses across Europe move as quickly and seamlessly as possible to card payments as the near-term future of cash and cash-based transactions looks uncertain.

And businesses are responding in a number of ways. According to recent data, both Visa and MasterCard have announced an increase in contactless payments limits, starting with ten countries across Europe, and extending to a further 29 in the coming weeks. In fact, on April 2nd, the UK will see an increase in the contactless limit to £45 from £30, and Ireland’s looks set to increase to €50 from €30. The British Retail Consortium has supported the increase in the limit for contactless payments in an effort to minimise contact and keep staff and customers as safe as possible.

While these announcements could bring about long-term change in consumer behaviour, the move to accept payment via contactless card payment has its challenges. Traditionally, the need for costly new hardware has been a barrier, and availability of this hardware with supply-chain challenges caused by the Coronavirus outbreak has increased this point of friction. Immediate availability of cash is vital for retailers too, who are looking for quick ways to turn inventory into cash. Merchants are looking for ways they can solve these challenges by leveraging existing technology to help them.

With over 3.5 billion smartphone users across the world, accounting for 45% of the global population, the smartphone is an accessible and sensible immediate choice for retailers. Phos has developed the first software POS, enabling merchants to accept contactless payments from cards and mobile wallets directly on any NFC-enabled Android device. Leveraging existing technology, retailers can start accepting contactless payments quickly, efficiently and affordably. Working closely with Paynetics to provide acquiring services throughout Europe, merchants can immediately access cash via cards issued to them.

We believe that concerns about cash usage will continue beyond this phase of “lockdown” until there is a vaccine available at scale throughout the globe. Retailers need to be able to move now and in a cost effective way to make contactless payments accessible immediately.

Moves by Visa and MasterCard, supported by the British Retail Consortium, are very helpful in increasing the amount retailers can take per transaction. We believe that the smartphone could have a critical part to play in helping retailers who aren’t yet accepting card payments, to move quickly from cash to contactless payments.

A week may be a long time in politics and payments, let’s see where the UK and Europe can get to by the end of the year. 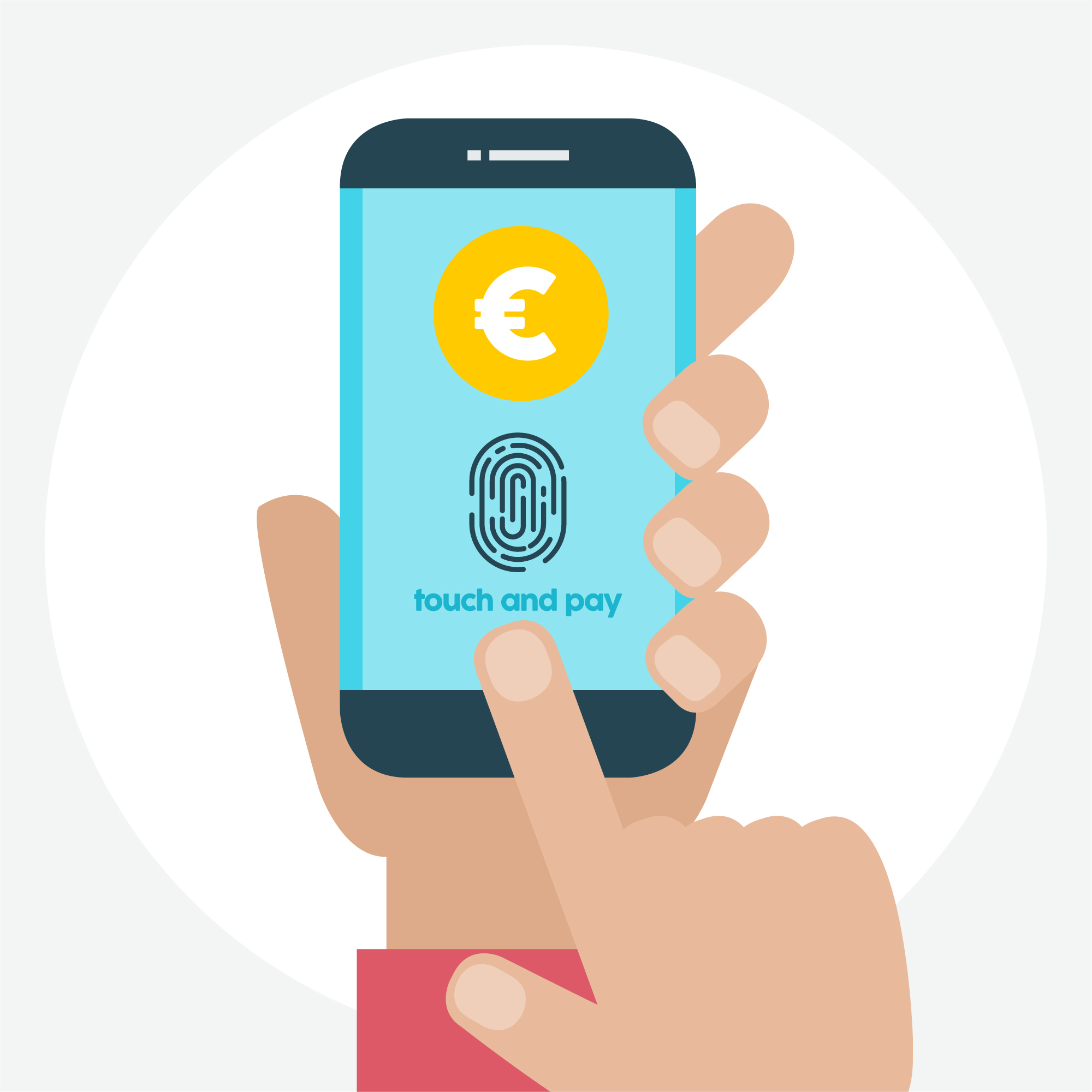 Article Name
In a race to become a cashless society, how can smartphones replace point of sale systems and drive digitalisation of payments?
Description
In response to the global pandemic, the race is on to help businesses across Europe move as quickly and seamlessly as possible to card payments as the near-term future of cash and cash-based transactions looks uncertain.
Author
Brad Hyett
Publisher Name
PaymentsJournal
Publisher Logo