InComm, a leading payments technology company, today announced that it has partnered with five overseas QR and barcode payments processors to facilitate acceptance of their technology at retailers across Japan. These processors include AlipayHK and UnionPay QR code, which are popular in China, EZ-Link Wallet and Kakao Pay from Korea, and Touch’n Go eWallet from Malaysia.

InComm Japan provides QR/barcode payments at the point of sale through connections at over 50,000 retail stores in Japan, including major convenience stores, drug stores, electronics retail stores, department stores, and supermarkets. InComm has an established range of overseas partners such as Alipay and domestic brands such as au PAY, d payment® and PayPay. With the addition of these brands, InComm will now offer a total of 22 payments partners, including 12 Japan-based brands and 10 overseas brands. InComm Japan not only brings connectivity, but also provides one-stop operational support, such as integration, sales and marketing campaigns, and customer support for merchants.

“The pandemic has had an unfortunate effect on tourism, but we are preparing for the future recovery,” said Takumaro Arai, Senior Vice President and General Manager, InComm Japan. “We’re helping our retail partners prepare to handle their customers’ payment of choice by partnering with new services that bubble up in popularity within our region.”

This partnership is in line with the Japanese government’s commitment to raising the volume of cashless payments by facilitating growth within the financial technology industry. InComm is playing a major role in this scenario, helping connect payment platforms with its ever-growing retail network.

InComm Japan is a subsidiary of InComm, a leading payments technology headquartered in Atlanta, Georgia, United States. InComm holds 386 global patents and is an innovator in point-of-sale activation and prepaid technologies; the company’s presence in Japan includes 65,000 retail locations ranging from convenience, drug, home appliance, and discount stores to mass retailers, supermarkets and other retailers. InComm Japan is currently expanding its payment capabilities to better serve its partners through the coordination of multiple domestic and foreign payment operators. Its focus on streamlining QR and barcode payments for point-of-sale integration began in 2017 through targeted acquisitions of QR and barcode payment technology and system assets.

By building more value into every transaction through innovative payment technologies, InComm creates seamless and valuable commerce experiences. InComm’s unique products and services – which range from gift card malls to enhanced payment platforms – connect companies across a wide range of industries including retail, healthcare, tolling & transit, incentives and financial services to an ever-expanding consumer base. With more than 25 years of experience, over 500,000 points of distribution, 386 global patents and a presence in more than 30 countries, InComm leads the payments industry from its headquarters in Atlanta, Georgia. Learn more at www.InComm.com. 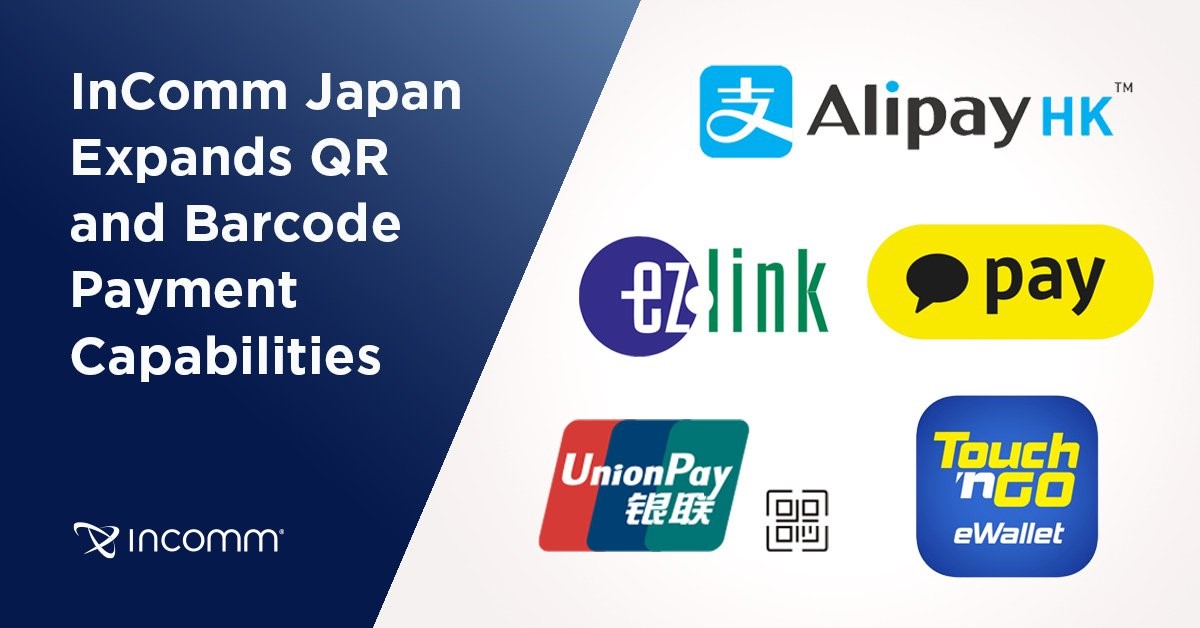