Dispute management specialist, Chargebacks911, and independent payments news outlet, Card Not Present (CNP), have released original research on the state of chargebacks and chargeback management in relation to card-not-present payments.

A study of over 200 online, multichannel and mobile commerce merchants revealed the struggle that merchants face when managing chargebacks, particularly as the majority of respondents feel they lose most of their cases.

The study found that friendly fraud was the number one cause of chargebacks – this is when customers contact their banks for a refund on a purchase they made, without a legitimate reason. More than half (56 per cent) of all respondents reported an increase in the instances of friendly fraud over the past three years.

According to the study, identifying friendly fraud is the hardest part of a merchants’ chargeback management, with 31 per cent of respondents citing it as their biggest challenge. Disputing chargebacks was listed as a close second at 29 per cent.

The challenge for merchants lies in resources. Survey respondents that do not dispute chargebacks were asked why not. The most common responses included a lack of sufficient resources and belief they couldn’t win any of their representments even if they tried.

Despite the difficulty of managing chargebacks and adhering to new rule changes, most merchants don’t use third-party chargeback management solutions. Yet respondents who reported using a third-party solution cited an overall win rate approximately 20 per cent higher than those who disputed chargebacks in-house.

“As consumers are becoming increasingly comfortable with the chargeback process, friendly fraud has grown in response. Merchants should therefore have access to the tools needed to be able to combat the issue.”

Despite the availability of the solution, just two per cent of merchants implemented VMPI. This wasn’t a significant enough number to create a reasonable statistic surrounding the effectiveness of the program, yet, it is plausible that it is a contributing factor when it comes to VCR’s minimal impact on the number of chargebacks being experienced by merchants.

Monica continued: “If we are going to reduce friendly fraud and standardise chargeback management, it’s important that we work together as an industry. Merchants must be aware of the tools that are available to and tackle the issue head on. Merchants don’t have to be victims. There are a variety of tools that prevent chargebacks and challenge disputes.”

To learn more about the current state of chargebacks, you can download the report at: https://chargebacks911.com/2019-field-report. 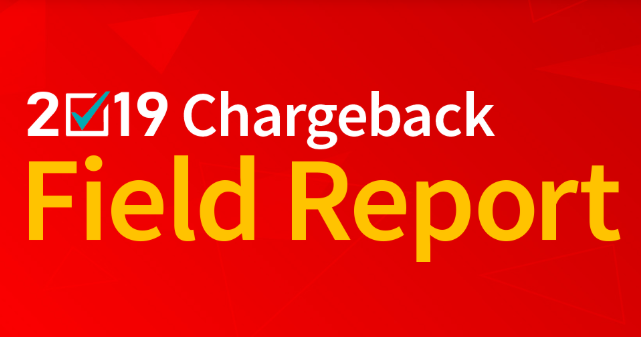