The “Tech Support” Industry: A Legal Minefield for the Merchant Processing Industry

by Marcelo Diaz-Cortes
in Industry Opinions
0

There is a new scam targeting consumers throughout the United States.  It involves deceptive internet pop-ups that trick consumers into believing their computers are infected with malware.  The schemers behind these pop-ups then use that fear to sell consumers worthless “tech support” and software.  And merchant processors should beware—processing transactions for these schemes could prove very costly.

From the average consumer’s standpoint, they are just surfing the Web, when a seemingly legitimate window opens up on their computer and warns them that their system is infected with viruses and malware.  The window also provides a phone number to call for assistance.  The representative on the line mentions that they are associated with Microsoft or Apple and advises the consumer that they are at risk of losing their work files and years of family pictures.  But, for only $299.99, the representative can install software and assist in fixing the computer.  Then comes the upsell.  After an hour or two on the phone, the consumer has been signed up for hundreds of dollars’ worth of “tech support” and unnecessary software.  This is a rampant scam that has drawn the attention of various Attorneys General and the Federal Trade Commission.

These scams are run by unsophisticated call centers that are relatively easy to set up.  With only computers, phones, and the right contacts, anyone can start one of these call centers to target consumers around the U.S.  Generally, these call centers purchase batches of calls from those responsible for the initial pop-ups.  The incoming calls are then routed to those purchasing the calls through software specially designed to route calls and monitor their duration.  The call centers then use each incoming call to try to close a deal at whatever cost.

Most alarming, however, is that, with the right contacts or disguise, these call centers can open a merchant processing account with reputable processing companies.   If and when one of these “tech support” call centers is shut down by a government agency, the merchant processor is left with a target on its back.  Indeed, the ability to process consumers’ credit card payments is a key component to a “tech support” scheme.   If a call center cannot process transactions by credit cards, the whole plan fails.  Some merchant processing companies have strict policies that deny merchant accounts to certain kinds of businesses, including those selling “tech support,” because of the rampant fraud in the industry.  Others conduct strict screening of applicants.  Unfortunately, the call centers have continued to find ways to obtain these accounts.

In a recent lawsuit, Florida’s Attorney General targeted such a “tech support” operation and, in doing so, sent a clear signal to the merchant processing industry: willful obliviousness by merchant processors can come with a steep price.  The case, Office of the Attorney General, State of Florida, Department of Legal Affairs v. GoReady Calls Marketing, LLC et al., marks a unique victory by Florida’s Attorney General.  In an enforcement action brought under Florida’s Deceptive and Unfair Trade Practices Act, a team led by Assistant Attorney General Michelle Pardoll shut down a group of companies and individuals suspected of running such “tech support” call centers.  After investigating the defendants’ operations, the Attorney General filed suit alleging that this group of Florida-based companies and individuals were deceiving the public into purchasing unnecessary tech support and software. Ms. Pardoll successfully obtained a temporary restraining order against the defendants and sought Jeff Schneider’s appointment as receiver for the corporate defendants.  We have developed a niche in the “tech support” area, with Jeff having served as receiver in several Federal Trade Commission and Attorney General cases in Florida, Illinois, and Alabama for corporate defendants involved in these “tech support” schemes.

But this case was different.  Their investigation led them to Banc of America Merchant Services, LLC (“BAMS”), the merchant processor through which the GoReady defendants processed millions of dollars in transactions.  BAMS promptly cooperated with Ms. Pardoll and the Receiver by freezing all relevant accounts and ensuring that the defendants could not process further transactions.  BAMS also agreed to pay the Attorney General $7.2 million, a sum which constitutes the total amount of net transactions processed by the defendants through their BAMS accounts.  By targeting BAMS, Ms. Pardoll demonstrated that the Attorney General has a zero-tolerance policy to merchant processors involved with these “tech support” schemes.

By getting involved with “tech support” call centers, merchant processors may be signing themselves up for years of litigation with government agencies or consumers and a high likelihood of liability to those parties.  Depending on the circumstances, merchant processors may be targeted for aiding and abetting the scheme or for statutory claims.  For example, the Telemarketing Sales Rule (the “TSR”) prohibits misrepresentation in the sale of goods or services and “substantial assistance or support to any seller or telemarketer when that person knows or consciously avoids knowing that the seller or telemarketer is engaged in any act or practice that violates” other parts of that regulation.  The TSR provides a basis for an FTC or Attorney General enforcement action and gives consumers a private right of action.  Moreover, many state consumer protection acts incorporate these statutes and rules to provide further remedies for consumers and enforcement tools for their Attorney General.  And, when these rules are combined with the regular “know your customer” policies and procedures required of banks by their regulators, merchant processors are cautioned to take the time to confirm that they are not assisting these “tech support” schemes and, if they have any reason to suspect questionable practices, should immediately cut ties with these companies.  Otherwise, they might find themselves the subject of a government proceeding or a consumer class action, and ultimately, subject to a large judgment or penalty for simply turning the other way. 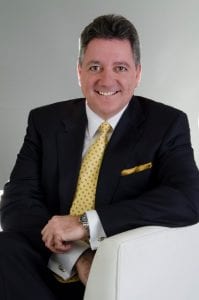 Jeffrey C. Schneider is a trial lawyer whose practice focuses on high-stakes business litigation, receiverships, and international arbitration. Jeff is one of the founding partners at Levine Kellogg Lehman Schneider + Grossman, and has been the Firm’s Managing Partner since its inception. Jeff also Chairs the Firm’s Receivership Practice Group. 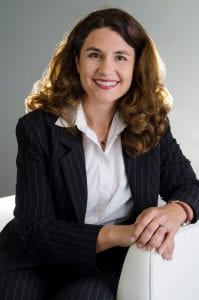 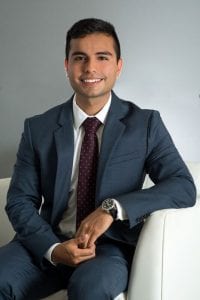 Marcelo Diaz-Cortes is an associate at Levine Kellogg Lehman Schneider + Grossman who focuses his practice on complex commercial litigation.