Time and again, the COVID-19 pandemic has outstripped the capacity of forecasters and analysts to react.  Unemployment claims have consistently come in above estimates, while equity analysts have been consistently behind on their projections.

In Mercator’s ongoing blog series about the pandemic and its impact on the payments industry, we have highlighted how the equity analysts have had a sunnier outlook on the major card networks than might be expected given the unprecedented dislocations caused by the shutdowns and social distancing measures.

For example, on March 23, about a month ago, I wrote that the analyst consensus of earnings per share (EPS) for American Express was $2.03, unchanged from the prior quarter (source: Yahoo Finance).  On April 14, 2020, I revisited the subject, and noted that the consensus estimate for American Express EPS was now $1.59, down 21.7%.  So what actually happened?  American Express released its first quarter results on April 24, 2020, and had this to say:

Now, it is fair to note that, had American Express not reserved $1.7 billion to prepare for higher credit losses, the EPS would have been $1.98, not that far off from the fourth quarter of 2019.  Interestingly, total revenues were flat from the year before, suggesting that the majority of the losses were seen in the last few weeks of the quarter.

Travel and Entertainment, as you might expect, were particular hard-hit, dropping 95% versus last year according to CFO Jeffrey Campbell.  From the Reuters article available through the New York Times:

Credit card issuer American Express Co said on Friday it would cut spending by nearly $3 billion in 2020 after its quarterly profit sank 76% as it set aside more money to brace itself against a wave of potential delinquencies.

“In light of the current environment, we are aggressively reducing costs across the enterprise,” said AmEx Chief Executive Officer Stephen Squeri, adding that the deterioration in the economy accelerated in April and has dramatically impacted customer spending volumes.

This obviously bodes poorly for the second quarter; we see little sign that travel and entertainment spending is coming back this quarter, and it is likely that it will be a long time before travelers feel safe about returning to their old habits.  In fact, some of that business may never come back; as businesspeople get more comfortable with videoconferencing, we expect that some portion of business travel will be deemed nonessential.

Still, payments companies are resilient; Amex is not actually losing money yet, and even a loss in the second quarter does not mean a loss for the year.  Amex is unusually hard hit, because 30% of their volumes are in the T&E sector.  Nevertheless, CEO Stephen J. Squeri said in the earnings release:

“To support our colleagues, we are committed to no COVID-19-related layoffs for the remainder of 2020 to ensure we have the right team in place to serve our customers and to continue driving our growth over the long term. And we’re supporting our colleagues in other ways, including a 100% work from home arrangement in all our locations and continuing to pay the salaries of colleagues who are affected by the virus without having to use their paid leave.”

As for the analysts? As of today, Yahoo Finance reported a high estimate of second quarter EPS of $2.32, and a low estimate of $0.28, for an average of $1.50.  No doubt those estimates will be revised downward once again, but it does not appear that the analysts have yet caught up with reality. 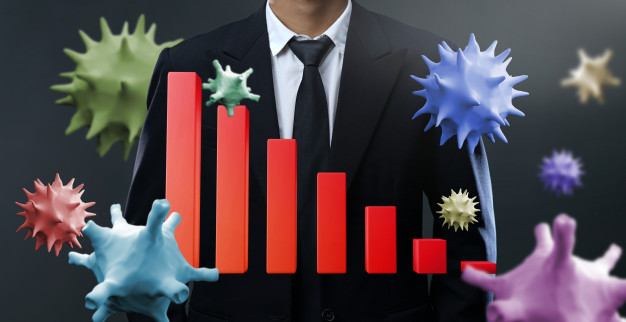 Article Name
American Express Quarterly Profits Plunge 76%: Analysts Again Underestimate the Severity of the Crisis
Description
In Mercator’s ongoing blog series about the pandemic and its impact on the payments industry, we have highlighted how the equity analysts have had a sunnier outlook on the major card networks than might be expected given the unprecedented dislocations caused by the shutdowns and social distancing measures.
Author
Aaron McPherson
Publisher Name
PaymentsJournal
Publisher Logo