Everyone’s saying it, but it continues to ring true: we are living in unprecedented times. At the time of writing this article, there have already been over 56,000 deaths and more than one million confirmed cases of COVID-19 in the United States–and these numbers are still rising.

In an attempt to contain the pandemic, state and federal governments have ordered businesses to stop in-house operations and consumers to stay at home, bringing economic growth to an abrupt stop. Of course, hitting the brakes on the economy comes with its own consequences, as millions of Americans are out of work and unemployment claims soar.

To counteract some of this economic damage, the federal government recently passed the Coronavirus Aid, Relief, and Economic Security (CARES) Act. The $2 trillion economic relief package, which includes paychecks to around 150 million Americans, was signed into law on March 27, 2020. By mid-April, millions of eligible Americans began receiving their checks via direct deposit.

The stimulus package hasn’t come without challenges, however. A major challenge associated with the stimulus payments is how to quickly put money into the hands of those that don’t already have direct deposit information set up with the Internal Revenue Service (IRS).

Who’s Eligible for a Stimulus Check?

Most economic impact payments are based on tax-paying recipients’ income, which is determined using information from tax returns filed in 2019 (or 2018 if a 2019 tax return hasn’t been filed yet). Consumers with bank account information already on file will have their stimulus funds deposited directly into their account, no action needed.

The Internal Revenue Service (IRS) has an online form on its official website for eligible tax non-filers to enter direct deposit information and avoid the lengthy wait anticipated for paper checks.

The stimulus plan isn’t perfect. If a consumer’s income has dropped since filing taxes due to a reduction in hours or a lost job, their stimulus check won’t reflect that. This may keep some workers above the income threshold, thus ineligible for a stimulus check, even if that no longer applies. Additionally, newborn babies that weren’t listed as dependents on the 2019 tax return won’t be counted, leaving some parents out of their extra $500. There are other exceptions regarding eligibility as well.

Over Half of Stimulus Checks Have Been Dispersed, but Millions Won’t See Theirs for Months

Even with these instances of people falling through the cracks, around 150 million individuals are expected to receive stimulus funds. As of April 24, 2020, the IRS has distributed stimulus checks worth $157.9 billion to 88 million individuals, according to Forbes, with another 62 million people waiting for their payments, including many that urgently need the extra funds.

Others won’t see their funds anytime soon; the process of distributing paper stimulus checks is anticipated to extend into September. Lower earners will have their checks mailed first, with weekly rounds of stimulus checks until the highest eligible earners receive their payments sometime in September.

Particularly concerning, those without bank accounts, or unbanked individuals, will have to wait longer because they simply don’t have direct deposit information to provide. Yet common reasons cited for not having a bank account are not having money to keep in an account or an inability to pay bank fees, highlighting the urgent need of unbanked Americans to receive their stimulus funds.

According to a study conducted by the Federal Deposit Insurance Corporation (FDIC), which identified that 14.1 million adults and 6.4 million children were unbanked in 2017, unbanked rates are “higher among lower-income households, less educated households, younger households, black and Hispanic households, working-age disabled households, and households with volatile income.”

Clearly, it’s important that a faster solution becomes available to get stimulus checks into the hands of those that need them the most. This is especially true with the possibility of a second round of stimulus funds.

A Single Stimulus Check Won’t Cut it for Many Americans…

Additional rounds of stimulus funds would be invaluable to millions of Americans. The reality is that a single $1,200 payment is unlikely to make a significant dent in counteracting the devastating economic consequences of COVID-19. The Motley Fool recently calculated that a $1,200 stimulus check won’t cover a single month’s rent and utilities for the average American, with the average national rent for a one-bedroom apartment at $965 and average utilities just under $400.

Even as some states tentatively begin lifting social distancing and stay-in-place mandates, millions of individuals are filing for employment every week as businesses struggle to remain profitable during this economic squeeze. 26.4 million Americans filed for unemployment in the five weeks ending on April 18, 2020. Based on that data, the U.S. real-time unemployment rate is over 21%, the highest level since the Great Depression.

… But Subsequent Payments Could Be on the Horizon

Lawmakers have yet to come to an agreement on what should be included in a CARES Act follow-up, but discussions are ongoing. Included in these discussions are not only debates regarding how much money–if any–Americans will receive for subsequent checks, but also how to improve the process of dispersing them faster. A recurring theme? Going digital.

Will the U.S. Adopt a Digital Dollar to Distribute Funds Electronically?

Getting trillions of dollars of stimulus funds into the hands of American consumers is an enormous undertaking. In the words of Sarah Grotta, Debit and Alternative Products Advisory Service at Mercator Advisory Group, while “many have approached Treasury with new options for delivering funds electronically, there’s no word on whether any of these options are a real consideration right now.”

One suggestion has been for the U.S. Federal Reserve to create a “digital dollar” distributed through FedAccounts, which could speed up future stimulus checks. But this would likely be a time-consuming process that ultimately results in more delays. If a series of checks is to be expected, however, it may very well be a worthy investment of resources.

Beyond the hypothetical possibility of a digital dollar, fintechs have largely stepped up to enable unbanked consumers to more quickly receive the relief money they desperately need. Here are a few examples of companies already speeding up the process:

The federal government’s stimulus checks are a good start, but are unfortunately unlikely to put a substantial dent in people’s financial crises—especially if they can’t access the money needed now for weeks or months.

Whether a government digital currency project (like China’s) will be taken on by the U.S. government remains unclear. Regardless, digital banks and fintechs have stepped into the space to offer electronic payment platforms that make stimulus payments easier and quicker to access by those who need it.

In any potential subsequent rounds of stimulus checks, these platforms may be even better prepared to help Americans navigate the financial hardship of the COVID-19 era. 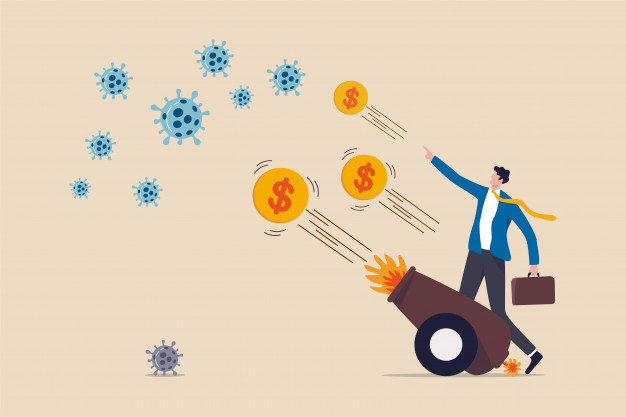 Article Name
Millions of Americans Won’t See COVID-19 Stimulus Checks for Months—Digital Payments Could Change That.
Description
Whether a government digital currency project (like China’s) will be untaken by the U.S. government remains unclear. Regardless, digital banks and fintechs have stepped into the space to offer electronic payment platforms that make stimulus payments easier and quicker to access by those who need it.
Author
Rachel Gore
Publisher Name
PaymentsJournal
Publisher Logo