by Aaron McPherson
in Analysts Coverage, Compliance and Regulation, Prepaid
0

When Mercator first reported on the new prepaid rules back in March 2018, we pointed out that PayPal would likely be subject to these rules because it offered users the ability to carry a balance (that is, store value). Consumer funds are held by PayPal to be spent at some future date by the consumer.

Perhaps the cleanest solution would be to remove the PayPal balance as an option when using the digital wallet version, or to break it out as a separate prepaid product with an integrated link to the wallet. Now we learn, through Digital Transactions magazine, that PayPal is suing to avoid being subject to the prepaid rules. Per the article:

“The lawsuit, filed in the U.S. District Court for the District of Columbia, charges that the 1,600-page regulation forces PayPal to make awkward and confusing disclosures to consumers by improperly including digital wallets under its definition of a general purpose reloadable (GPR) card. “[T]he Bureau’s onerous compulsory disclosures require PayPal to prominently feature items that are irrelevant to the core use of its digital wallet offering, such as ‘periodic,’ ‘per purchase,’ ‘customer service,’ and ‘inactivity’ fees,” PayPal’s suit alleges.

This First Amendment claim is odd, because it is hard for us to see how disclosures, even irrelevant ones, actually harm the consumer or limit PayPal’s ability to market its products. However, it is interesting to note that in the papers PayPal filed with the District Court for the District of Columbia (Civil Action 19-3700) page 2, item 2 seems likely to us the bigger issue driving this action by PayPal.

The CFPB Prepaid ruling restricts credit products being linked to prepaid products. This issue was a major concern of the prepaid industry when the CFPB vetted the rules because the restriction removes an option from the underbanked who are the primary users of prepaid cards.

PayPal Credit is a growing part of the PayPal offering, and is strategic in the fight for market share at the point of sale, given the recent surge of instant credit offerings by companies such as Affirm. It also figures into the competition with store cards, which are an additional source of instant financing. While not lawyers, we consider it unlikely that a First Amendment claim will prevail at the District Court.

Such a decision would undermine decades of regulation-mandated disclosures and restrictions on advertising claims, and a court would be wary of going up against the will of Congress. PayPal would be better served by re-examining the way it has structured its offerings, and trading off tight vertical integration for a more flexible architecture. That would allow PayPal to separate its prepaid account from the rest of its business, and thereby get around the Prepaid Rule. 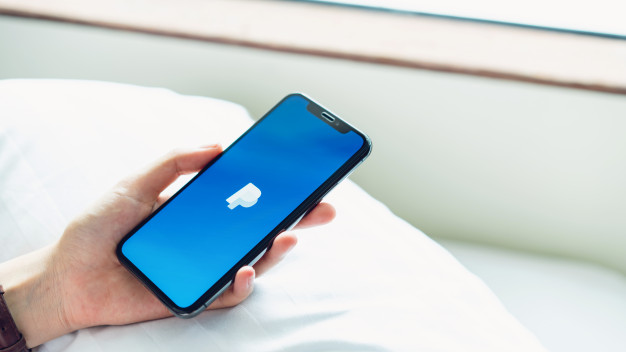 Article Name
PayPal Claims CFPB Prepaid Rule is Unconstitutional
Description
Perhaps the cleanest solution would be to remove the PayPal balance as an option when using the digital wallet version, or to break it out as a separate prepaid product with an integrated link to the wallet.
Author
Aaron McPherson
Publisher Name
PaymentsJournal
Publisher Logo