61
SHARES
0
VIEWS
Share on FacebookShare on TwitterShare on LinkedIn

Cash is quickly becoming an archaic concept, and in the future, so too will the little plastic cards in our wallets we swipe to pay for nearly everything today. It’s true that online payments have traditionally been inextricably linked to advancements in e-commerce, as brick-and-mortar has gradually declined and consumers have been spending more online. But that will begin to change as e-wallets and online-payment platforms come to dominate offline transactions as well, in-store and elsewhere. This is where cryptocurrency will take flight again, where payers will execute payments with money that is independently possessed by them, free of institutional control.

Today, we have two main types of money. The first is cash, which, on one hand, places full control with the holder. On the other hand, cash is much more complicated to handle securely, and it requires physical contact between the parties to the transaction.

The second form of money is digital. But while it is much more convenient and secure, it takes control off from the user and places it in a third party’s hands. Owners of digital money often face privacy issues as well. Transactions are exposed to the central entity to which you gave control over your funds, and sometimes even third parties. Beyond the issue of privacy, banks, typically the entity tasked with managing a person’s fiat currency assets, can also sometimes collapse, leaving the possessor of the money with nothing. They can also freeze bank assets and ask for explanations regarding specific transactions.

On the heels of the last financial collapse, an anonymous innovator named Satoshi Nakamoto had the idea to create a cryptographic, secure currency that would be decentralized and free of the yolk of the big banks on Wall Street, as is well known by now. His vision was groundbreaking in many ways－especially in the payment space.

What was initially beautiful about Satoshi’s vision was its peer-to-peer nature, cutting out the middleman and creating a secure system that has its own independent failsafes. Above all else was the idea that having sole possession of one’s digital currency assets was most important; it was revolutionary in some ways for three main reasons: security, transparency, and control.

The crypto  idea runs on blockchain technology, which allows users to have a private key, which is a blockchain instrument designed to allow the user access to his or her own wallet and to authorize transactions, and it’s one that is secure. Blockchain’s design, if executed properly, ensures that user wallet contents are protected against malicious attempts to hack and extract them. In comparison to credit cards, the numbers of which are stolen quite frequently, blockchain’s encryption and other security properties can protect the user far more.

Beyond putting the user’s mind at ease over fraud and malicious attacks on wallets, the blockchain ultimately assures a large measure of control over currency assets outside of a third-party governance or management.

What do the tenets of a crypto payment system that could overtake the use of credit cards and cash look like? Scalability is the first issue, and while the decentralization element of crypto is a revolutionary idea, it’s not feasible for mass adoption to be completely decentralized. There still needs to be some sort of authority governing the payment process that follows KYC and AML regulations. However, the removal of a managing entity like a bank is easily attainable.

A scalable system would require the ability to transact quickly, similarly on the scale to VISA, which does 1,700 transactions per second. Given the current blockchain consensus mechanisms that are based on Proof-of-Work, this can be unfathomable on such a large scale. But modern blockchain is moving toward proof-of-stake consensus algorithms that are more efficient and may allow such scaling up.

Once scalable in transaction, the payment system also has to have user-friendly interfaces so it  will be adopted by merchants and customers. One of the critical elements of orchestrating a successful payment system is having stability. In action, this translates to allowing a merchant and customer to lock the rate of the payment token for the purpose of the transaction, while keeping the rate of the token in the hands of supply-demand forces, and not influenced by any centralized authority. As a result, the user and merchant, once the payment is completed, are not susceptible to the risks of crypto price volatility.

Lastly, as both customers and merchants prefer subscriptions and other types of continuous payments over one-time payment, the world is moving toward a more relationship based economy. This means that crypto based payment solutions will have to adopt and evolve beyond the single transaction and allow merchants to create flexible billing models. As it stands, the crypto space is not prepared for this yet, but the development of several payment platforms are starting to create the right ecosystem ripe for change. Making these kinds of apps user-friendly and campaigns can only serve to promote mass adoption.

The cryptocurrency era is closer than it seems. Although the process is taking longer than may have been expected after it saw an initial successful rise, it’s only a matter of time before people truly realize the potential of crypto, whether it’s in sole control of money, security, or convenience. Payments will facilitate its rise. 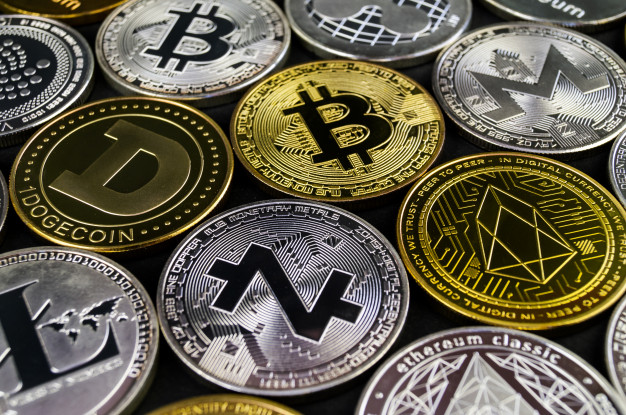 Article Name
Why Payments Will Shift to from Cash and Cards to Crypto Faster Than You Think
Description
Today, we have two main types of money. The first is cash, which, on one hand, places full control with the holder. On the other hand, cash is much more complicated to handle securely, and it requires physical contact between the parties to the transaction.
Author
Yoav Dror
Publisher Name
PaymentsJournal
Publisher Logo