Here’s What to Expect from Commerce and Fintech in 2020

2019 was business as usual for U.S. consumers, as consumer payment volume and growth remained solid. Year-over-year holiday spending from 2018 grew 5.9% overall, with a 2.9% rise in brick-and-mortar sales and a 9% rise in e-commerce sales. Certain product categories that rely heavily on brick & mortar sales, such as furniture and sporting goods, saw the slowest growth, while others that are predominantly in the e-commerce space, such as electronics and appliances, saw the fastest.

But what lies ahead in the world of fintech and commerce? Glenn Fodor, SVP and Head of Data & Analytics at Fiserv, addressed the future outlook of a number of top industry topics in the Fiserv Commerce & Fintech 2020 Outlook webinar.

Most fintech unicorns will stay private

Fintech unicorns—fintech startup companies valued at $1 billion or more—that have opted to go public have largely underperformed. Four major examples of this are Pinterest, Uber, Slack, and Lyft.

All four unicorns saw a significant decline in 2019 stock price performance in the months following their initial public offerings (IPOs), largely caused by public market investors being wary of their profitability. Lyft had the greatest decline in the group, with a 45% decrease in stock price.

Banking moves to the cloud

The popular industry mantra “we’re all in on the cloud” remains true as an increasing number of banks move to the cloud. This is a move that makes sense because it comes with a few key benefits for banks: the ability to consolidate and simplify infrastructure, improvement of client services, and cost savings.

Capital One was one of the first large banks to move a significant amount of its technology to the cloud, and remains on track with this strategy. According to public statements, it plans on having no data centers by the end of 2020, down from eight in 2014. We are now seeing other large banks following suit, with Bank of America recently announcing an IBM partnership to build a cloud for its banks.

An influx of challenger and digital-only banks have turned their focus to small businesses. Even though small businesses account for a sizable 44% of economic activity in the U.S., they are often left feeling underappreciated and neglected by traditional banks. In fact, less than one-third of small business owners (32%) believe that the bank their company uses understands the business.

Additionally, the 61% of small businesses that use mobile banking report a higher overall satisfaction than those who don’t. This has opened up an opportunity for smaller challenger banks to target small businesses, startups, and entrepreneurs that want their unique needs met. Looking forward, Fodor anticipates a “greater focus on, and competition for, small business digital banking in the next year and beyond.”

Cryptocurrency goes beyond Bitcoin and Libra

2019 headlines were dominated by Bitcoin’s ups and downs and the launch of and public reaction to Libra, a blockchain digital currency proposed by Facebook. Beyond that, there are several ongoing lower profile projects that may turn out to be the real force driving forward the cryptocurrency sector.

Walmart has launched products and trials, including a blockchain-based food safety supply chain. Internationally, countries including Sweden, the Bahamas, and China, are exploring the idea of establishing an official digital currency. Meanwhile, regulatory banks and central bodies have been prompted to delve into cryptocurrency themselves due to widespread concerns related to Libra.

While Amazon’s Alexa and Bank of America’s Erica systems are widely known for their use of artificial intelligence (AI) technology, AI is similarly powering many leading consumer experiences from behind the scenes.

Other big companies are incorporating AI into their services as well. Netflix uses deep learning to generate recommendations for its users and Uber uses AI, machine learning, and natural language processing for many parts of its services.

Approximately 75% of customers who made a big ticket installment purchase in 2019 decided to do so well before the actual purchase took place. Fodor noted that “this implies that a deep, omni-channel merchant integration is crucial. Merchants need to get the relationship with consumers right, and do it now.”

Fintechs are well-established in the lending space, controlling 38% of lending in the U.S. Many fintechs offer consumers technology-enabled POS financing, which appeals to those who want an alternative type of lending.

Now, blue-chip companies like JP Morgan Chase & Co. and American Express have entered the installment loan market and are looking to incorporate similar POS technology into their core lending offerings.

Amazon has plans to expand further into the U.S. grocery market

Amazon will soon expand further into the $800 billion U.S. grocery market, with the company recently confirming its plans to open a grocery store in Los Angeles by the end of 2020. Few details have come out, but what is known is that the store will not use cashierless Amazon Go technology. In addition, the store will target mainstream consumers who shop at traditional grocers (as opposed to the higher-income consumers who shop at its Whole Foods locations), and will aim to facilitate online grocery orders.

Fodor referred to this upcoming store as a potential “prime testing ground for new features,” speculating that Amazon may use it to test new in-store technologies as they are developed.

Consumers are hungry for food delivery

Amazon’s plans to facilitate online grocery orders cater to consumers’ rising demand for convenience when it comes to food. Beyond Amazon, there has been a rise in online food delivery, getting food at a drive thru, and ordering takeout. The popularity of food delivery services like Grubhub and UberEats continues to stay strong as well.

“Cloud kitchens” have arisen as an efficient way to give consumers the convenient experiences they crave. Cloud kitchens are kitchens that are entirely dedicated to preparing food for delivery or takeout, as opposed to eating in-house. Some cloud kitchens are used by a single food brand, while others are home to multiple food brands or restaurants.

Market growth for e-commerce B2B sales has been strong, and is expected to increase from $1.1 billion in 2018 to $1.8 billion in 2023. This growth is fueled by changes in B2B buying behavior and online efficiencies. For example, many B2B firms have found that they can reduce costs with self-serve checkout. Advances in digital-first approaches to purchases are expected to remain top priorities in the B2B realm.

Retailers are exploring rental and resale

Retailers are adapting to a generation of consumers who no longer buy merchandise with the intention of keeping it. 57% of today’s consumers are willing to rent instead of buy, which is reflected in the popularity of rental clothes subscription services like Banana Republic’s Style Passport and Urban Outfitter’s Nuuly.

The secondhand market is also expanding, and is set to reach $51 billion by 2023. Peer-to-peer marketplaces like Poshmark, ThredUp, and others offer online luxury consignment platforms to tens of millions of users worldwide each year.

Clearly, 2020 is will be another year of exciting growth and development for commerce and fintech. Consumer demands and preferences are pushing the industry to evolve, and the ongoing development of technology like AI, widespread cloud adoption, and other new initiatives will allow financial institutions, fintechs, and retailers to keep up. 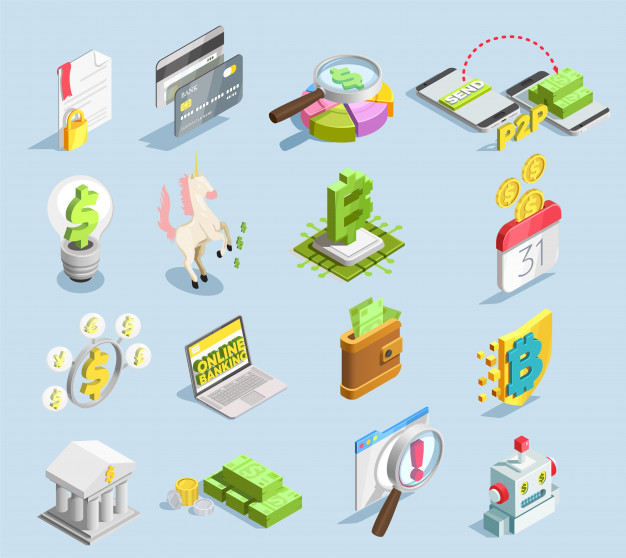 Article Name
Here’s What to Expect from Commerce and Fintech in 2020
Description
What lies ahead in the world of fintech and commerce? Glenn Fodor, SVP and Head of Data & Analytics at Fiserv, addressed the future outlook of a number of top industry topics in the Fiserv Commerce & Fintech 2020 Outlook webinar.
Author
Rachel Gore
Publisher Name
PaymentsJournal
Publisher Logo