The gig economy has experienced rapid growth in recent years, as the convenience of a flexible schedule appeals to a wide base of workers. The unique nature of gig workers’ employment means that they have specific banking needs.

However, large banks have traditionally focused their efforts on accommodating the needs of individual consumers and large corporate institutions. This has left a gap in the financial services industry, as gig workers’ specialized needs are not being properly met.

To talk more about why and how banks should better serve the gig economy, PaymentsJournal sat down with Mark Vipond, VP, Solution Management at the NCR Corporation, and Sarah Grotta, Director of Debit and Alternative Products Advisory Service at Mercator Advisory Group.

An overview of the gig economy in the United States

For example, a U.S. Bureau of Labor Statistics report, which used U.S. Census data, estimated there are 26 million gig economy workers in the nation. However, this report only included individuals using gig work as their primary source of income—not those using it as a secondary or supplemental source of income.

A Gallup poll, on the other hand, estimated 56 million non-traditional workers, or gig workers, which is in line with estimates by Upwork and the Freelancers Association. McKinsey released a report estimating that there are 42 million gig workers. Unlike the U.S. Bureau of Labor Statistics, though, these estimates included gig workers with primary sources of income outside of the gig economy.

Regardless of the ambiguities, explained Grotta, the gig economy in the United States is undoubtedly significant in size. “By any measure, we can say that the gig economy is really quite large in the U.S. As we get more acclimated to gig work as a country,” she added, “I’m hopeful that we will start to define this a bit more clearly.”

The gig economy is wide-ranging, here to stay, and largely underserved

The gig economy began to accelerate after the Great Recession, with many originally believing that the eventual revival of the economy would lead to a decline in the number of individuals working gig jobs. But time has shown that this is simply not true, with the gig economy still going strong today.

Organizations that employ gig workers benefit because it enables them to hire gig workers as needed, keeping the size of their employee base ideal for their specific needs. Gig workers themselves benefit from the convenience and flexible schedule gig jobs typically come with.

The gig economy is more wide-ranging than many realize. The Freelancers Union segmented gig workers into five wide-ranging contingent work arrangements: diversified workers, independent contractors, moonlighters, freelance business owners, and temporary owners. Some gig workers have traditional jobs, some own business with hired freelancers, and some are contract or temporary employees at traditional employers.

Those with a full-time investment in the gig economy, and companies with multiple gig workers, are particularly underserved because they have the highest need for gig economy oriented banking services. According to Vipond, “the largest financial value and benefit for financial institutions will come in serving these areas, as it wouldn’t be as fruitful to target part-time, freelance, or periodic gig workers who are less invested in the industry.”

NCR Corporation is best known for its ATM and merchant point-of sale devices, but what many don’t know is that it also provides a suite of other solutions in payments and digital banking, serving over 600 financial institutions in the U.S.

This includes services specific to the gig economy. In recent years, NCR has been investing in small business capabilities that fulfill gig economy needs, offering features including sophisticated money movement capabilities, P2P payments, and other features that arm financial institutions with the tools they need to serve gig economy participants and drive industry growth.

Sophisticated software technology allows financial institutions to offer more competitive solutions to attract small businesses that hire gig workers, retain the deposits, retain the income, and facilitate money moving or payments associated with activities in those businesses. Luckily for banks, that kind of technology is exactly what NCR has to offer.

More specifically, NCR’s capability of helping financial institutions service gig economy clients in both a digital manner and in-person at branches differentiates it from others in the marketplace. While digital capabilities are an obvious must-have in today’s world, “people still go into branches and use things like ATMs” said Vipond, concluding that “NCR provides the connected experiences across all customer touchpoints, which are relevant for small businesses and people participating in the gig economy.”

It once seemed that the gig economy was a temporary result of the Great Recession, but it has since become apparent that’s not the case: gig workers are here to stay. To better serve the needs of gig workers and companies, financial institutions need to upgrade their technology software solutions to serve the specific pain points of this underserved group. NCR has stepped in as an industry leader to help financial institutions do so. 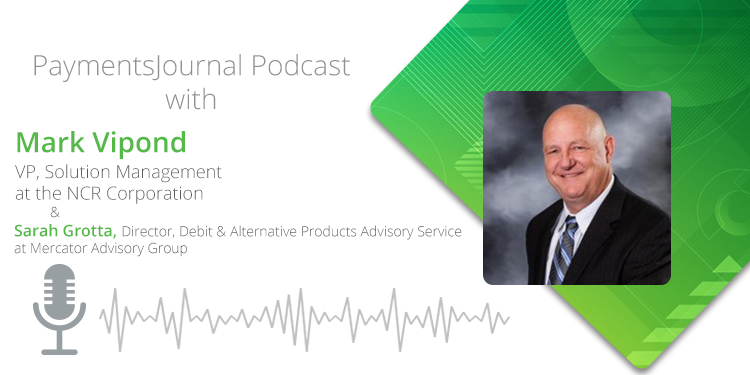 Article Name
The Gig Economy’s Financial Needs are Not Being Met. Here’s How Banks Can Change That.
Description
Large banks have traditionally focused their efforts on accommodating the needs of individual consumers and large corporate institutions. This has left a gap in the financial services industry, as gig workers’ specialized needs are not being properly met.
Author
PaymentsJournal
Publisher Name
PaymentsJournal
Publisher Logo