The Ugly Side of Lending: Online Installment Loans

The Ugly Side of Lending: Online Installment Loans

The calculus of lending is relatively simple. An institution, be it a bank or another type of lender, has access to funds at cheap rates. It lends those funds, and typically adds an interest margin.

The margin covers the cost of funds used to lend, the operational costs of lending, and the risks associated with it. In other words, Net Income = Interest Revenue – Interest Expenses – Net Non-Interest Expenses.

It is as simple as that.

Now, think of a basic bell curve, and you can see how FICO scores play a role in deciding who gets credit and who does not. For the lowest 20%, you have the highest credit risks. It represents those with poor credit, low income, or rough employment history; for the top 20%, you have the inverse.

The remaining 60% are near-prime or prime.

If you are engineering pricing for a basic Bank of America Cash Rewards card, a Chase Freedom card, or a Discover It Card, you will focus on the 60% group. That is the U.S. Consumer credit market, with roughly 80 million households.

There are plenty of prospective customers to go around for the many credit card issuers in the United States. The top 20% are more likely qualified for card products such as the Bank of America Premium Rewards Card, Chase Sapphire, or a high-line Discover It Card.

But, for the lower 20%, we have inordinate credit risk. In this group are those with undocumented or low income with a limited ability to repay, those that failed to manage prior credit responsibilities, and those who may have overextended their credit.

But, they still need credit to operate their household budgets.

Secured cards are a viable option for this segment, but similar to pre-paid cards, you need money to fund the account, so that locks out 58% of American households with less than $1,000 in savings.

With that in mind, consider an unexpected financial event like a broken-down car, a medical emergency, or some other household crisis. If you are Joe or Jane Consumer, there may be an immediate need for a temporary financial bridge, which brings us to today’s credit story from the Los Angeles Times.

The LA Times talks about the emergence of online installment lenders to service that niche. The fact of the matter is that U.S. consumers have more than $150 billion in installment loan debt, ranging from low-ticket financing at Walmart through Affirm to 5-digit debt consolidation loans from Goldman Sachs’ Marcus.

But the group of interest today are those consumers somewhere in between, with weak credit and need some short term cash.

Online installment loans are a step above payday loans.

For subprime lender Enova International Inc., outstanding installment loans averaged $2,123 in the second quarter, versus $420 for short-term products, according to a recent regulatory filing.

The bell curve works in credit, allowing you to contain costs; risk is an expense that lenders need to allocate directly towards those who present it. Costs will be more for riskier credits. The facts are simple, and though Shakespeare’s advice through Polonius in Hamlet may sound harsh, is speaks volumes.

“Neither a borrower nor a lender be; / For loan oft loses both itself and friend. 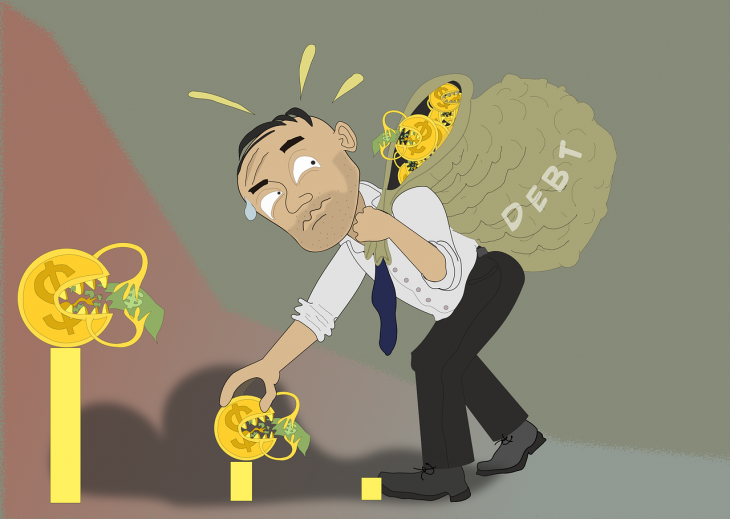