Hey Issuers, Big Tech Is Coming. Here’s How to Compete

Hey Issuers, Big Tech Is Coming. Here’s How to Compete

14
SHARES
0
VIEWS
Share on FacebookShare on TwitterShare on LinkedIn

The tech giant released its first credit card—the Apple Card—on August 20, with Goldman Sachs as the issuing bank. The card was designed to be primarily used with Apple Pay on Apple devices, but the tech giant did release a flashy titanium physical card.

While many companies have released their own credit cards, Apple’s approach has drawn much buzz due to the card’s lack of fees, quick onboarding process, and sleek mobile app experience. For its part, Apple marketed the card with the line “Created by Apple—not a bank,” signifying how it’s seeking to disrupt the banking landscape.

To better understand what the Apple Card brings to the payments space, and how issuers should respond, PaymentsJournal sat down with Bharghavan Vaduvur, CEO of OnDot, and Aaron McPherson, VP of Research Operations at Mercator Advisory Group.

Vaduvur and McPherson discuss the importance of the Apple Card’s emphasis on a mobile app, the potential impact on small banks, and how issuers can stay competitive against the global tech giant.

One of Apple’s defining characteristics is its focus on the customer experience. Now the company is applying this to the payments industry.

“This is really the first time a tech giant that anchors its entire existence on understanding the consumer experience is getting into a payment card issuer space,” said Vaduvur. Because of this, Vaduvur believes that Apple’s foray into payments is a big deal.

It has the potential to redefine how customers interact with their payment cards, he said, regardless of how much of a market share Apple eventually commands.

McPherson identified specific ways in which the card is changing the relationship between cardholder and card. First, the application process for getting the card is seamless and quick. Second, the card is issued instantaneously and goes straight into the digital wallet. This means that within minutes, a customer can get approved for the card and start using it right away.

The other notable aspect of the Apple Card is the mobile-first orientation. McPherson pointed out that users only get 1% rewards when they use the physical titanium card, whereas the rewards are 2% or higher if they use it as a tap and go transaction or the “Buy with Apple Pay” button on e-commerce sites.

However, McPherson did point out some weaknesses of the card. When customers make a purchase, they get a percentage of the purchase back in what’s called Daily Cash. However, McPherson noted that this Daily Cash largely stays within Apple’s ecosystem because transferring it to a bank is a cumbersome process.

You can really only use Daily Cash seamlessly within the App Store, in in-app purchases, or for iTunes transactions, he said. Moreover, the best rewards come when you buy Apple products, or use the card with one of the company’s merchant partners, such as Uber. Therefore, in some ways, the Apple Card functions as a store card of sorts for Apple.

He also noted that while the Apple Card app does have nice spend analysis tools, it currently doesn’t allow users to export the data, making it hard for users to use the analytic tools of their choosing.

Vaduvur said that while this may be the case, it’s largely irrelevant since most people are perfectly content with Apple’s default spend analysis tools. What’s more important is the overall user experience, and in this regard, Apple is nailing it. The Apple Card is more than just a store card, it’s changing mobile wallets in general.

From Vaduvur’s perspective, the Apple Card has established the new normal.

For too long, the banking industry has struggled to understand typical consumer behavior and cater towards it, said Vaduvur. But Apple’s approach puts the consumer experience front and center.

It begins right away as Apple has made acquisition spectacularly simple. It’s never been easier for a user to get approved for a card and start using it right away. And once approved, the mobile experience is sleek and intuitive, reflecting Apple’s consumer-focused approach to product design.

In contrast, many financial institutions have clunky mobile apps that are so packed with features that consumers often struggle to use them.

As an example, said Vaduvur, if you lose your card, and you want to turn it off, you might have navigate through a web of features and screens before you can do so. This is because banks simply haven’t thought enough about convenience and clarity when designing feature functionality.

McPherson agreed, saying that “smaller financial institutions are pressured to match the mobile experiences and online experiences provided by the large issuers.” However, smaller institutions have an advantage in that their development and decision making times are typically much shorter, enabling them to innovate faster than larger banks.

How to compete with the Apple Card

Both McPherson and Vaduvur were optimistic about traditional issuer’s chances.

One immediate point that’s worth considering is that Apple has a minority market share in the United States, and even less traction across the world. “All of this stuff doesn’t work on Android,” said McPherson. He explained that if you’re an issuer, you want a solution that works on both Android and iOS operating systems.

In addition, Apple’s approach to its user-friendly card app can be easily replicated. “Apple’s marketing message is great, but I think issuers who’ve traditionally not thought of themselves as being designer gurus can now actually innovate and create,” said Vaduvur.

This is because it’s much easier for “fin to add tech than for tech to add fin,” he explained. People already trust banks with their money and banks now just have to design better banking applications.

Financial institutions need to focus on improving their mobile apps, making them straight-forward and easy to use. They also need to put the consumer front in center.

For example, one feature that banks should offer is that when a consumer’s card is declined, the bank can, if the consumer is eligible, push them an offer for overdraft protections in real-time via the card app. Functionality like this turns a negative consumer experience into a positive one, and builds customer loyalty to the issuer.

Another area to improve is in cleaning up transaction data. Too often, consumers will get confused by the transaction information they’re presented with. For instance, if you make a purchase at a vending machine, it may appear on the bill as a purchase made at a random company, in a random state.

One of the appeals of the Apple Card is that they present the user with cleaned up data that avoids issues like this. Not only will the consumer be happier, the issuer will save money as the number of chargebacks and customer service calls decrease.

Many fintechs, including OnDot, can partner with FIs to aid in offering functionality like this in FIs’ card apps.

“We’ve launched Card App, which is a product that provides Apple Card-like capabilities to financial institutions, on top of existing payment,” said Vaduvur.

By using products such as Card App, Vaduvur believes that FIs can not only emulate Apple but actually leap-frog the tech giant. 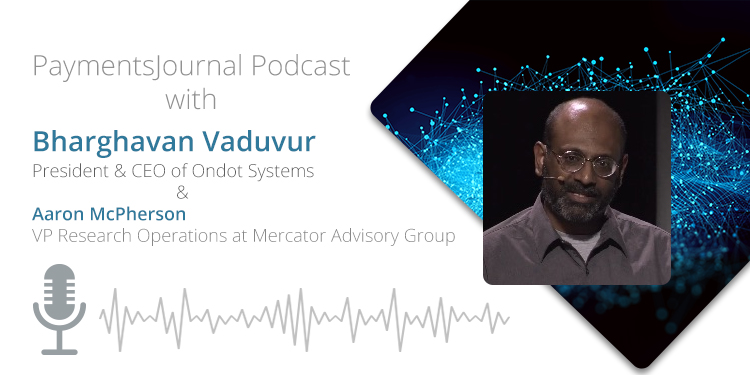 Article Name
Hey Issuers, Big Tech Is Coming. Here’s How to Compete
Description
First Apple revolutionized the personal computer industry with the iMac. Then Apple redefined the cellphone industry with the release of the iPhone. Now, Apple has set its sight on the payments industry.
Author
PaymentsJournal
Publisher Name
PaymentsJournal
Publisher Logo