Unemployment Up, Credit Card Debt Down

A general premise about credit cardholders is that there is a sincere commitment to repay.  As with everything, there are a few bad apples, but generally speaking, people understand the importance of managing their debt.  You can see it in the most recent revolving debt number published by the Federal Reserve.

Employment numbers across the globe are dismal as COVID-19 continues to take its toll.  Goldman Sachs research pegs the “real-time” estimate at 21.5% in May, as MarketWatch reports. The Department of Labor will report May’s actual numbers on Friday, June 5, but the last report of 14.7% indicated a post-WWII high.  Things are not stable enough to predict where the numbers will land, but as it stands, 1 out of 5 people is out of work is significant.

But limited evidence from state reopenings indicates a greater number of workers might end up returning to their jobs, and do so somewhat faster than expected.

The number of people collecting traditional state unemployment benefits, for instance, fell by 3.9 million to 21.1 million in the seven days ended May 23. It was the first really good news on the labor-market front in months.

It is still likely that credit card companies will see charge-offs surge come 3Q20 and 4Q 20.  Payment deferrals and out of synch budgets are behind the issue.  Unlike the Great Recession, which preceded with aggressive lending, the problem of the day is simply cashflow.  In credit card management jargon, that is an ability to pay issue.  Plain old cash flow problems.

Here is an interesting issue to watch.  Revolving debt is down again.  In an industry that earns more than a third of its income from interest payments, decreasing debt is not usually a good thing.  However, with high unemployment, it is a good event.

Barron’s summarized the current condition well: The reason credit card debt has shrunk so rapidly is that Americans have cut their spending even faster than they have lost their jobs.

The 10.5% drop in the space of 11 weeks is the steepest decline in American credit card balances on record. Credit card debt fell by 22% during the Great Recession, but it took more than a year.

The trend is not unique to the United States.  In India, FinancialExpress reports:

Outstandings on credit cards in the system fell for two straight months — in March and April — as the Covid-19 outbreak and the associated lockdown hurt consumption, data released by the Reserve Bank of India (RBI) show.

In the UK, The Independent notes:

UK households paid off their credit cards and loans at a record rate in April as people stayed home, and shops remained closed through the lockdown.

The fall in net borrowing was primarily driven by consumers taking out less new credit than in previous months.

So the takeaway is useful.  People realize economies are in messy shape and slowed adding new debt.  A skeptic might say, “there’s nowhere to spend money, so what do you expect?” but I’d say it is a sign that people are pulling back because they lack confidence in the economy.

The next trick is on the shoulders of politicians.  How do you make people confident again to resume spending? 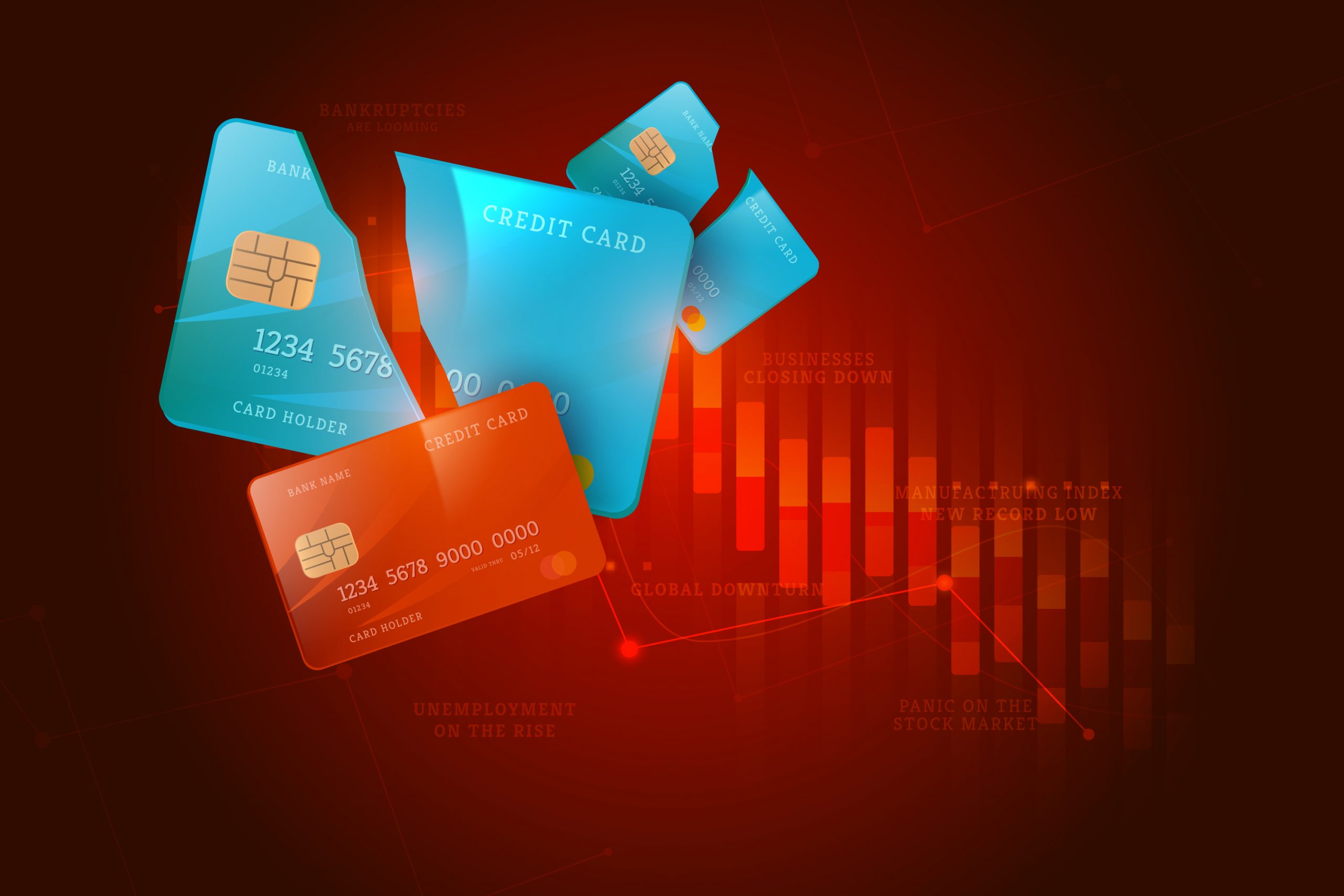