Mobile Payments: Getting Past the Speed Bump

25
SHARES
0
VIEWS
Share on FacebookShare on TwitterShare on LinkedIn

After a flurry of high-profile universal mobile payment service introductions four years ago (Apple Pay, Google Pay, Samsung Pay), use of the services by consumers has generally softened. Should card issuers see this as just a speed bump or as the start of a disruptive customer detour? And what can issuers do to safeguard and grow their mobile payments investment? Let’s examine the current state of consumer mobile payments for answers.

The mobile revolution is still raging

Ownership of smartphones by U.S. adults reached 84% in 2018, based on 3,000 survey responses from Mercator’s CustomerMonitor Survey Series. Device penetration is even more impressive among adults age 18 to 34, 96% of whom have smartphones. And although only 65% of those age 65 and over have smartphones in 2018, the device penetration has grown from 60% in this segment in 2017 as late adopters replaced their legacy cell phones.

While internet-connected phone use continues to grow, the installed base of smartphones is continuously upgrading as earlier devices are replaced. Our survey indicates that 70% of Apple iPhones in use are now equipped with Near Field Communications (NFC) technology, opening their potential use to mobile payments at the point of sale (POS). Concurrently, Apple estimates that at year end 2018, 60% of U.S. retail locations are now equipped to accept contactless payments such as Apple Pay. Mobile payments infrastructure continues to improve and is becoming less of a barrier to consumer use.

In spite of the continually improving infrastructure, U.S. adult consumers’ use of universal mobile payment apps reached its high-water mark in 2016 at 30% of smartphone-owning adults, and settled down to 23% as of our June 2018 survey, and in-store POS usage of these apps declined from 26% to 20%. Interestingly, the mobile payment user base is much broader when including single-merchant applications (e.g., Starbucks) as well as the universal apps, but it too has declined, from 53% of adults in 2016 to 48% in 2018. What is driving these trends, and how might increased use be motivated? 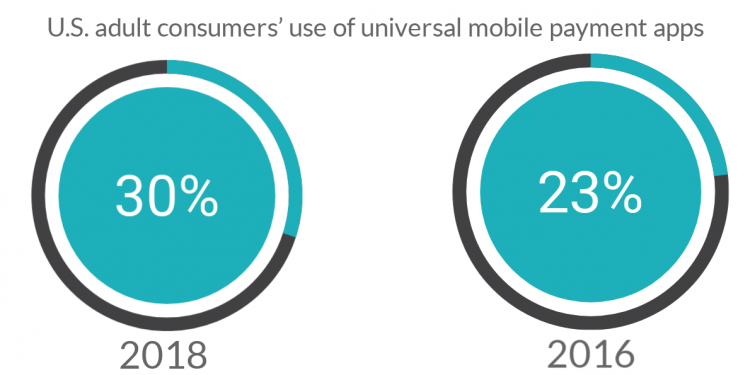 Current users of universal mobile payment apps in the U.S. indicate that general convenience of the app provides a better experience than a card (see figure below). Lower ratings of ease of use and speed at checkout suggest opportunities for user education. And the lower ratings of privacy and security indicate that important benefits of tokenized mobile payments are going unappreciated, even among current users.

Among all smartphone owners, discounts and loyalty/rewards programs tied to mobile payments could be effective motivators (see figure below), although such systemic programs are probably outside the influence of most issuers offering universal mobile payment apps to their customers. It should also be noted that basic user education, such as improving awareness of which merchants accept the apps or obtaining help to set up and try the app, could motivate use by half of smartphone owners. 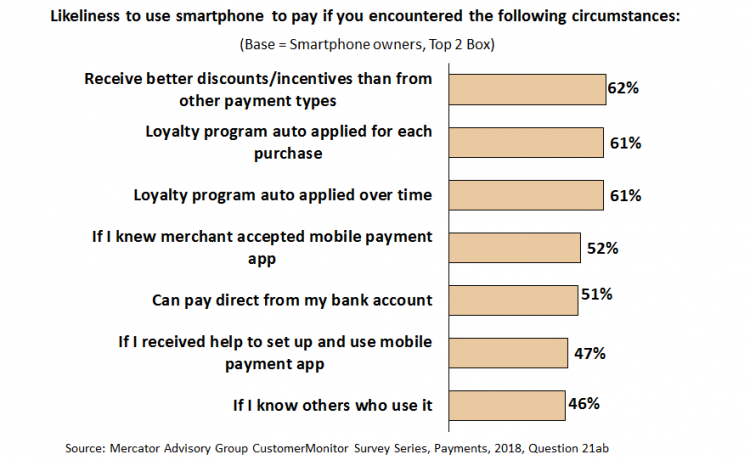 Issuers can lower the speed bump for their customers.

Clearly, mobile payments remain in an early phase of deployment and adoption, and many customers do not appreciate the advantages of mobile payments over cards — which, after all, work well and are relatively well understood by users. There are a number of activities that issuers of all sizes can pursue to improve the penetration and usage of universal mobile payments programs by their customers:

Amy MacMullen, Senior Product Manager for CO-OP Financial Services, a leading mobile payments solution provider to credit unions, notes that educating members is critical to increasing mobile usage: “Credit unions should be educating their members now on how to use digital wallets, highlighting the security of tokens and considering offering rewards for wallet usage. All of these will help to put your card top of (mobile) wallet.” 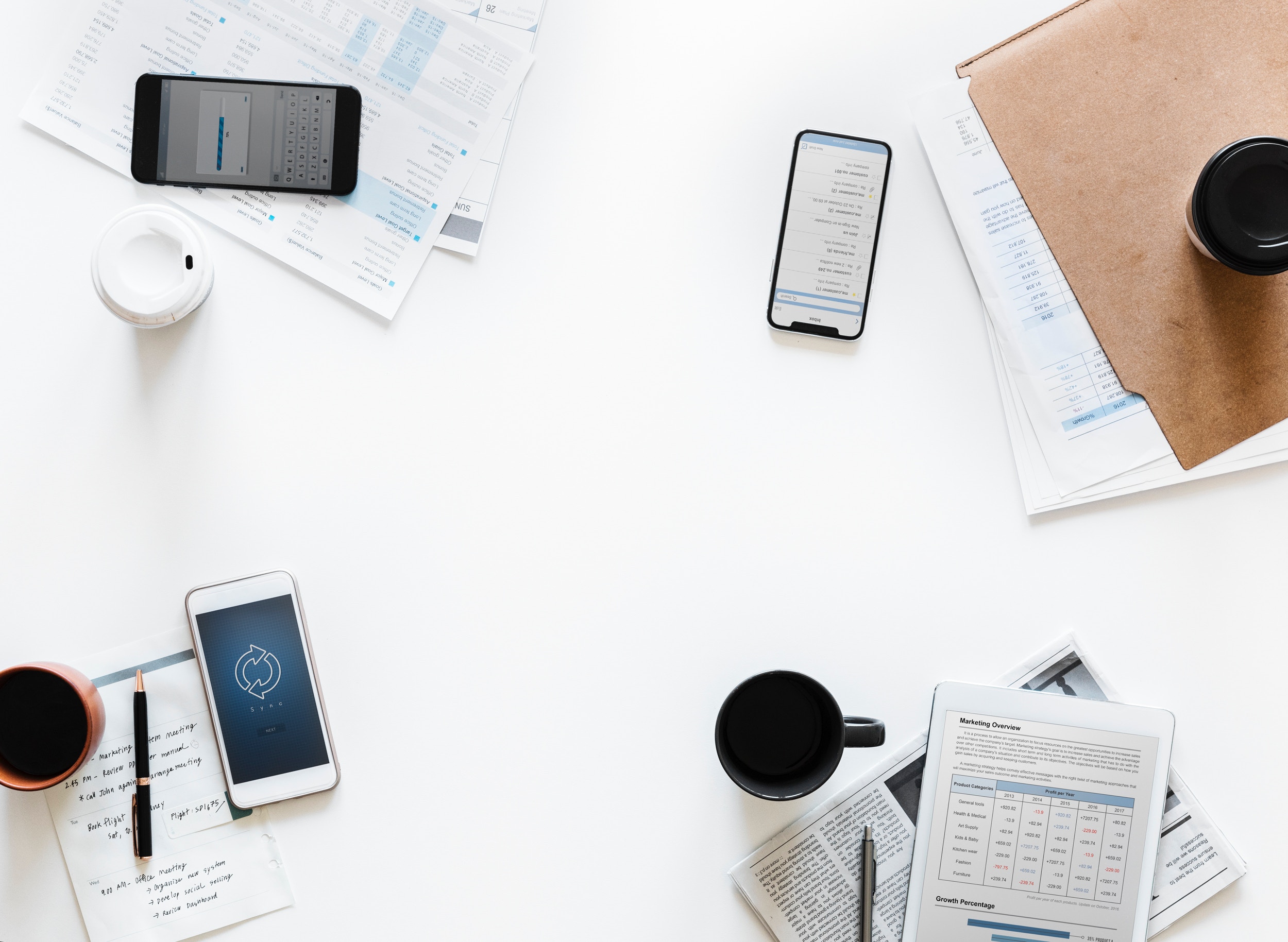