After disrupting industries ranging from ecommerce to advertising, big tech appears to be setting its sights on the financial industry. In August, Apple partnered with Goldman Sachs to roll out the Apple Card, a shiny titanium credit card designed to be used primarily with Apple Pay in a mobile ecosystem.

Then Google announced that it was teaming up with banks and credit unions to offer checking accounts to consumers beginning in 2020. With these moves, it is clear that big tech is increasingly focusing on the payments industry.

To learn more about Google’s announcement and what it means for traditional players in the payments space, PaymentsJournal sat down with Prasanna Narayan, Head of Product at Ondot Systems, a leading mobile payment service provider.

Joining us in the conversation was Sarah Grotta, director of Debit and Alternative Products Advisory Service at Mercator Advisory Group.

During the conversation, Narayan and Grotta discussed the details of Google’s announcement, what big tech can bring to payments, and what this means for the traditional players in the payments space.

In November, the Wall Street Journal broke the news that Google, the global tech behemoth, was the latest tech giant to enter the finance space. Beginning in 2020, Google will be offering checking accounts in partnership with Citigroup and Stanford Federal Credit Union.

“I can’t say that bankers or those in the payments industry were particularly surprised [by the announcement],” said Grotta. In recent years, many tech companies have moved into payments.

Similar to Apple’s approach of offering the service through its branded mobile wallet, Google’s checking accounts will be available through the Google Pay wallet. Other than that, Grotta pointed out that Google’s announcement is lacking in specifics.

Due to the lack of details, analysts can only speculate about what this announcement means for the payments industry and Google’s long-term strategy for approaching the field.

It might be just an opportunity to provide an account to go along with its peer-to-peer G Pay services, said Grotta. This would allow Google to offer something that’s similar to the P2P solutions offered by Venmo or Square.

However, she said this could also signal Google’s long-term intention of becoming a challenger bank.

One interesting aspect of Google’s announcement is that it put the partnerships with Citigroup and Stanford Federal Credit Union front and center. “I think it might be signaling to regulators that the financial institutions are going to be really involved, most likely on the compliance side,” said Grotta.

Another point of interest is that Google doesn’t need to make money on these checking accounts. “Google can offer all sorts of free products and lose money on them if it wants to on a product basis,” explained Grotta. This is because offering the accounts would provide Google with a lot of customer data.

Big tech and the payments industry

As previously mentioned, Google’s announcement comes at a time when many tech companies are entering the payments space or are in the process of doing so. Facebook recently rolled out Facebook Pay, which provides a consistent payment experience across Facebook, Instagram, WhatsApp, and Messenger.

The tech company also made waves when it announced it was working on a Libra, a cryptocurrency project pulling together many of the world’s payment players (some of which have since dropped out).

Amazon was rumored to be in discussions with Chase to offer checking accounts and debit cards, but those apparently ended without a deal. Despite this, Narayan pointed out that Amazon has already partnered with Visa to release a co-branded credit card.

He also highlighted how Uber and Lyft have dabbled in offering financial services. Uber launched a debit card based checking account for drivers to be able to push money quickly.

What all these instances of big tech offering payment products show is that expedience and convenience are becoming more mainstream, alongside trust and security, said Narayan. “So existing players, the banks, have to balance that in how they appeal to today’s consumer and avoid being pushed to the sideline.”

The fundamental threat posed to FIs by big tech is that brands such as Facebook, Apple, and Google are phenomenal at creating consumer facing technology that’s seamless and convenient. In contrast, the banking industry has faced much criticism for clunky mobile apps that often frustrate users.

As a result, tech companies have created products that enable consumers to save time, get things done, and gain access to needed information, all in an intuitive and seamless way.

“If you apply that to financial management, that’s what the financial institutions have to do to keep an eye on if they are reaching their consumers in the same way,” said Narayan.

Smaller institutions, in particular, need to focus on improving the services they offer customers. Narayan recommended that FIs offer digital products designed to easily empower consumers to complete a variety of financial activities. Whether it be opening an account, signing up for a card, or creating a digital wallet, these experiences should be quick and easy.

Financial institutions don’t need to create these mobile apps from scratch. Companies such as Ondot offer white label solutions, allowing FIs to offer the best tech solutions under their own branding. 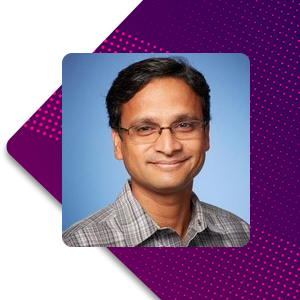