16
SHARES
0
VIEWS
Share on FacebookShare on TwitterShare on LinkedIn

The dispute process—the means by which a consumer can contest a credit card charge—is a vital aspect of the payments industry. Handling disputes takes time and money, and if it’s not done effectively, consumer satisfaction can be negatively impacted and merchants and issuers could lose money.

With money and customer satisfaction on the line, companies need to ensure that their dispute management process is efficient and responsive. This is especially true going forward, as credit card volume is expected to rise; rising credit card volume means more disputes.

To learn how to improve the dispute management process for the future, PaymentsJournal sat down with Jack Lynch, SVP and chief risk officer at PSCU and president of CU Recovery. Joining us in the conversation was Brian Riley, director of the Credit Advisory Service at Mercator Advisory Group.

During the conversation, Lynch and Riley discussed how PSCU is approaching dispute process reform, the role of real-time communication, and what it means to “future-proof” a credit union’s member experience. They also unpacked key data related to disputes.

A broad overview of disputes and credit card volume

Riley kicked off the discussion by summarizing the importance of disputes. “Disputes play an important part in the credit card industry because what’s really essential in this business is that transactions have to be irrefutable,” explained Riley. In order for people to have confidence in their financial institutions, they need to know that the charges on their account are liable for their payment.

However, consumers also need a mechanism to contest a charge, especially if they believe they were not the ones who made it. This need gives rise to the dispute resolution process.

And the situation is only getting worse. Riley pointed out that overall volume is rising, which means that the number of disputes will rise as well, especially with ecommerce becoming more popular.

Another important trend is that the widespread adoption of EMV chip technology has made card-present fraud harder to get away with. In response, criminals are increasingly looking toward the cyberspace for vulnerabilities to exploit. From fraudulent transactions to account takeovers, hackers are leveraging technology and exploiting new fraud vectors.

Such a world is causing leaders in the payments industry to reconsider their approach to disputes and fraud prevention. Companies now need to ask themselves, “How do we handle account takeovers and electronic fraud in the dispute process?” said Lynch. They need to know what tools are needed to fight back.

Utilizing technology in the dispute process

As the nature of fraud is changing and credit card volumes are rising, Lynch and Riley agreed that companies need to utilize technology to keep up. Lynch detailed two important aspects of leveraging technology in the dispute process.

First, when a company receives a dispute and identifies it as fraud, the company needs to feed that data into its analytics and fraud strategies. This helps keep models up-to-date, thereby making it easier to identify fraud in the future.

The second part consists of leveraging technology to provide the consumer with more information related to the transaction. That helps reduce the amount of friendly fraud, which is instances when the consumer is contesting a purchase they did indeed make. This often results out of confusion; perhaps the customer doesn’t recognize the name the merchant billed under. Also common is that someone else in the household made the purchase without the cardholder’s knowledge.

By providing more information to contextualize the purchase, financial institutions can help customers realize a purchase is legitimate and avoid having that transaction enter the dispute process, explained Lynch.

The importance of real-time capabilities

Given how fast-paced the world is, consumers have come to expect instantaneous information. “They want to know how things are going,” said Lynch. “And I think that actually applies to the dispute process.”

He explained that it’s crucial for companies to allow customers to both dispute a transaction immediately and also be kept abreast of developments in a timely manner. If the company knows that the transaction was fraudulent, it should immediately alert the customer, enter that information into its fraud system, and make sure the customer feels good about the experience.

For example, the company can promptly issue the consumer another card, or extend a provisional line of credit.

Even if it’s not clear-cut fraud, real-time messaging can improve the experience for everyone involved. If a company acts fast enough, it can sometimes resolve the dispute prior to the dispute entering the official chargeback process.

Lynch explained that PSCU offers a solution that connects with merchants to resolve the complaint prior to the formal dispute process when possible. And if the dispute does end up entering the dispute ecosystem, the customer should be kept in the loop as the issuer works with the merchant to resolve it.

PSCU and its partners are “future-proofing” the dispute process

To bring about the capabilities covered above, PSCU has selected Lean Industries to deliver an optimized disputes management platform. Specifically, Lean’s AdjustmentHub™ and NetworkHub products are the cornerstone of PSCU’s dispute management services.

Lynch also stressed that PSCU’s approach is “future-proof,” meaning that it is nimble and dynamic enough to respond to changing market forces and emerging technologies. Fraud is constantly changing and new solutions are coming to market at a rapid pace, so it’s important to be able to keep up without having to scrap everything and rebuild from scratch.

For example, in its engagement with NICE, PSCU is pursuing robotic process automation (RPA), which has many use cases.

By reforming the dispute process and offering robust fraud prevention tools, PSCU is doing just that. 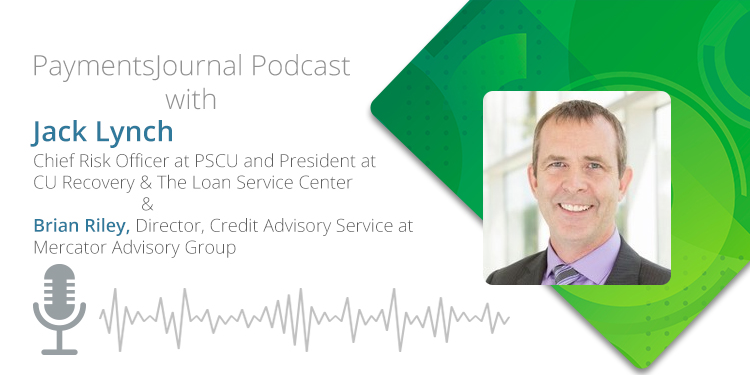